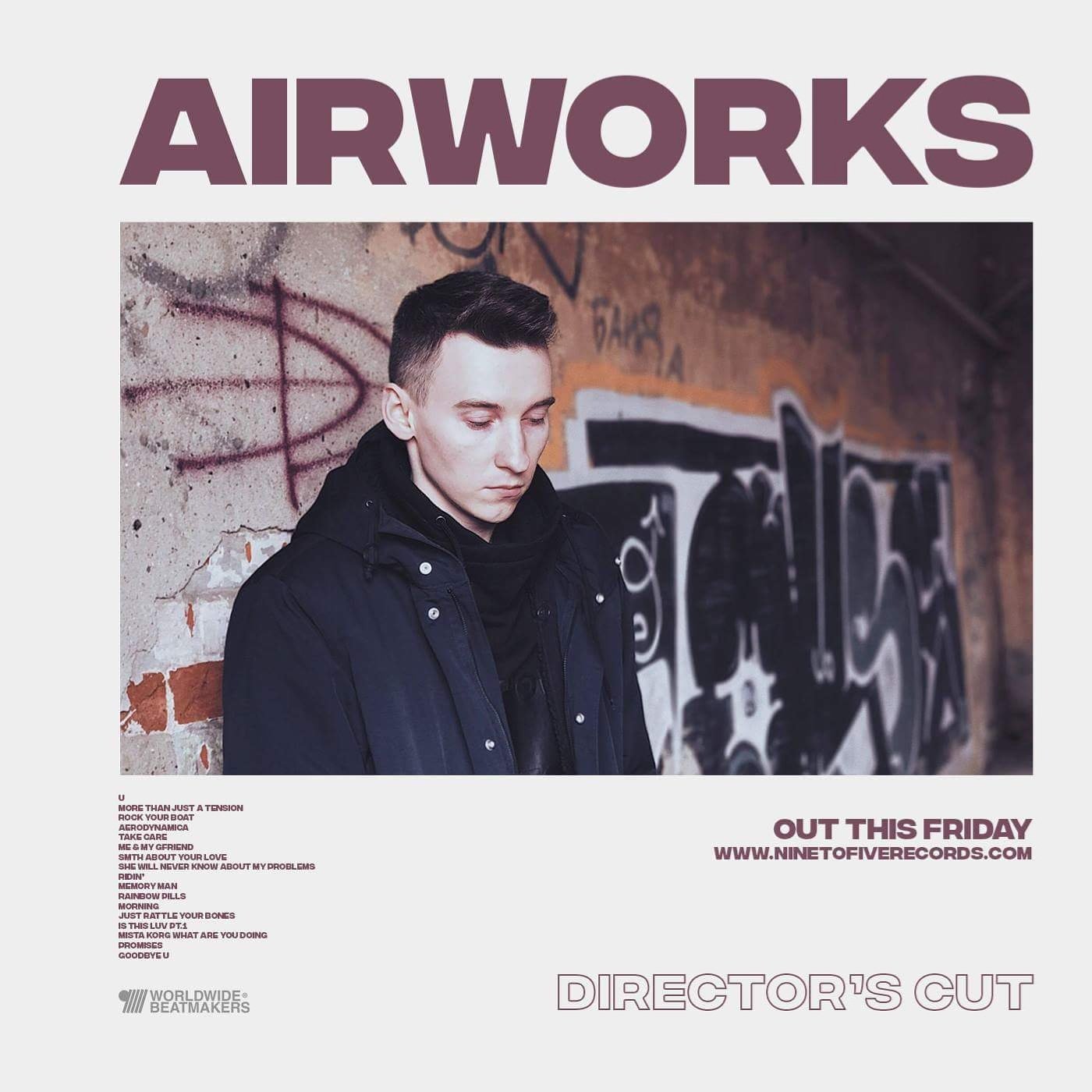 The long awaited album made by the russian producer & composer Airworks is finally here! A stunning selection of 18 beat has been made and we’re able to share this great piece of music with you all! It is available on all major streaming services including our SoundCloud page.

Airworks is a very talented producer located in Moscow, Russia and he’s focusing on getting a classic blend from the traditional hip-hop including some rock inspiration which he includes with his guitar. The vibe is just stunning, from lounge styled tracks to up-tempo 80’s influenced tracks. We truly hope you’ll enjoy this release and check all of the songs he made. Thank you for the massive amount of support as usual!

Boukas – Dust In The Crates

Nokiaa teases with two singles for his upcoming album

Artwork by UK artist Ruffmercy for Nokiaa We have seen two great singles produced by Nokiaa with two features on...