14KT: My introduction to music was at a young age through singing in the childrens’ choir at church and watching cartoons.

We had the unique opportunity to interview the very talented & great producer who goes by the name 14KT. A producer that is not afraid of taking risks and improving his sounds in impressive ways. You can clearly tell when you’re listening to his beats, a very unique and original sound. We asked him a couple of questions about his workflow, influences and upcoming projects during the next year. Thank you for reading and always remember to support and follow the producer. Links are listed down below the interview.

RSXGLD (pronounced "Rosegold") is the epitome of what every music fan craves when they learn that two of their favorite artists are working together. In addition to capturing what made its creators so dope on previous projects, this album is brimming with tracks that find the duo of producer 14KT and rapper Ro Spit pushing themselves artistically. The result is an organic, personal, and gripping listen from two of Detroit’s finest. Full album listed below.

Who are you? Could you please tell those who don’t know, who 14KT is?

I am a producer, beatmaker, DJ, artist, emcee on special occasions, but mostly known for making Hip-hop music, hailing from Ypsilanti, Michigan.

You both DJ and produce but started out as an emcee. Tell us more about what got you into music and about your musical roots?

My introduction to music was at a young age through singing in the childrens’ choir at church and watching cartoons. Around 6 years old

I took piano lessons for a couple years. In middle school, I played the upright bass in an orchestra and jazz band. Then in high school, I started to write rhymes. I went to HS around the 90s golden era of Hip-Hop. Hip-hop was really inspiring for me at the
time and I really could relate to it, so I wanted to be a part of it, start creating music, and representing where I was from.

There wasn’t really a Hip-hop scene in the Ypsilanti/Ann Arbor at the time. I became a part of a Hip-hop group called Athletic Mic
League in high school. We were always rapping over classic 90s hip-hop instrumentals, but I got curious and wanted to make my own original beats to rap over, so I got into beatmaking. I started DJing in 2005, when our DJ (DJ Haircut aka Mayer Hawthorne) moved to California.

When did you start to make beats and what was your very first production setup?

In 1995. My first set up was a Panasonic dual tape deck boombox and a pair of broken headphones that I would use to plug into the microphone
jack to record. My mom had a cheezy Casio keyboard I used a couple times. I used the boombox to make what they call "Pause Tapes".

What’s your current production setup and what are you looking to buy next for your studio?

I use Native Instruments Maschine and Logic Pro X mostly. I also play a little bass and keyboard. Not sure what I want to buy next, but I have been thinking about investing in more analog equipment. So far I have an s900 sampler. Looking for older synthesizers also. 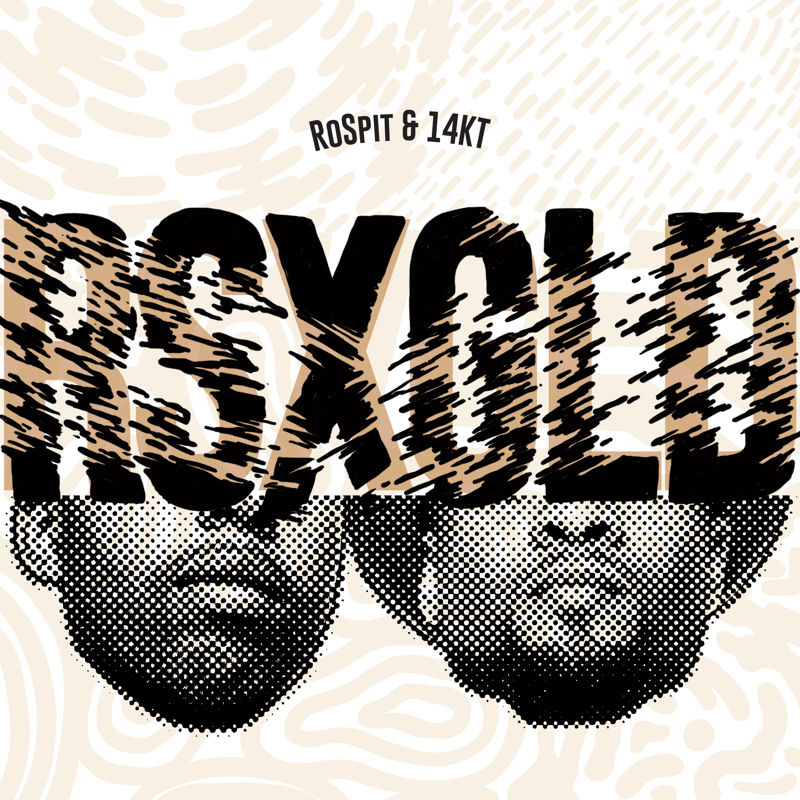 Your new collaborative LP, RSXGLD with emcee Ro Spit just came out. Tell us more about this project. What sparked the idea for this LP and how was the process of making the music?

What sparked the project was an idea from a mutual friend of Ro and I named Marc aka Clokwise. Marc was a fan of both of us and thought that we should get in the studio to create something.

Ro Spit and I have been working with each other since the late 90s, so we’ve known each other for a long time. We would do a song here and there. About 10 years ago, we talked about doing an EP, but it never came to fruition and most of the songs went on solo projects that Ro was working on at the time. Top of 2016, Ro was visiting California for a week. He came through my lab and we ended up making about 4-5 songs from scratch while he was in town.

We lovedhow the songs came out and decided why stop? Let’s keep recording and see how far we can go. We created every song from scratch in my bedroom studio set up. I think RoSpit really shined on the album. I saw him write and put together every joint. He can really rap.

What other projects will we be hearing from 14KT during 2018?

Hopefully people will still be listening to the RSXGLD album in 2018, but I’m about to unlock another creating style next year. So you’ll get another 14KT album at some point.

Name a few producers that have inspired your music and why?

I wouldn’t be making music the way I do without the legendary DJ Premier. He tuned my ear to chopping records with I first started making beats. Organized Noize’s production taught me to add more melody to my beats and also the beauty of simplicity.

The Beatminers. Timbaland. Quincy Jones. Donald Byrd. J Dilla. Even since I heard Slum Village "Players" back in 98′, Jay Dee (J Dilla) had me STUDYING him. I used to make frequency charts of how his snares and kicks snapped. If you listen close to my music, I always make it a thing to put my musical inspirations into my music when I create. So you can hear all my favorites in there so you can discover them.

We all love samples and rare records, what crate diggin’ finds are you most proud of and where did you find them?

I still love to find original samples that J Dilla used because most of the originals are crazy, weird, or dope records. There is a Belgian jazz band called Placebo that I love. I get hype when I find the OG copies of those records. Im into jazz records, so records like Pete Jolly "Seasons", and Hiromasa Suzuki "High flying". Good music.

What is your opinion on beat battle competitions to catapult producers careers? Pros and Cons?

Honestly, I can’t really think of many beat battle competitions that are happen currently that help catapult producers careers. Red Bull Big Tune was the last one that really made noise in my opinion. Overall, I think there are only Pros to competitions.

You learned alot when you enter them, gain networking contacts, and more people get exposed to your music. I guess the Cons would be politics
that can happen behind the scenes. But that’s with any competitions really.

You have worked with a wide variety of artists like: Aloe Blacc, Black Milk, Bun B, Danny Brown, Elzhi, Jay Electronica, Mayer Hawthorne, Dennis Coffey and many others. What’s your favourite song/collaboration and why?

I don’t really have a favorite collaboration cause I had fun creating with everyone I’ve worked with. However, one of my favorites was definitely on the new RSXGLD album. We did a song with legendary Detroit emcee Royce da 5’9, amazing Detroit singer JMSN, and legendary Detroit Ghettotech producer DJ Assault. That’s really deep and crazy when you think about it. Three different Detroit artists from three different genres of music.

What advices would you give an up and coming beat maker/producer looking to make it? Regarding craft, creativity and business?

I don’t really know what it feels like to "make it", because I don’t feel like I have, but if you are looking to make it, you gotta learn the business. Continuing to learn and improving your craft is very important, but I think the business side is the key piece to it all. Understand your market. Learn about eCommerce. Study the greats that came before you so you can take the creativity further.

Homage and Phil Tyler teams up for the EP Solstice